The Film Company “MG PRODUCTIONS” is one of the famous and progressive film companies of Kazakhstan.
«MG productions» carries out its activities in the market of film industry for over 15 years. Before its official re-registration and change of the company’s brand it’s been existed as a studio «Alem - Asia». A date of the official registration in a new way with a new name «MG productions»is 2005.
Our goal is to create a modern and spectacular movie using advanced technology, and most importantly to be interesting to the viewer.
The company’s priority activity is the production of: feature and documentary films, TV series, image films, commercials, and much more.
“MG Productions” actively cooperates with many partners from different spheres of art and culture around the world. The film company collaborates with other film companies from different countries. The company has experience in international projects as well.
For the time of its existence, the company has reached significant success: creating a range of full-length feature films and documentaries TV series, TV shows, commercials, etc... (see Filmography on website). The films produced by “MG Productions” are prize winners of prestige film festivals, in nomination of feature and docu films. The films of our company take parts in contests and festivals. Our film products are widely presented on large film markets of Cannes, USA, Switzerland, Germany, etc.

To work in direction of Production, the film company has a full range of operator and lighting, sound, film shooting, and montage equipment that meet the highest professional standards of the advanced digital and film technologies. Our company builds full-service projects, beginning from development (creating screenplay, conducting Pre-Preparatory and Pre-Production works) including Production period (shooting process) and Post-Production. Beside it, MG Productions has a range of advantages in front of other companies — experience of conducting film Productions and film presentations, PR events, media planning. The studio possesses by contemporary film equipment and permanent high-qualified staff. The distinctive feature of our company is an experience, planning, adoption of new technology, including process management, using of Marketing and PR methods, using of advanced system of film production. 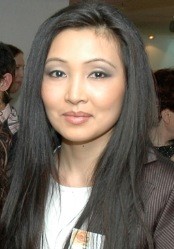