YEARS OF JOY AND LOVE 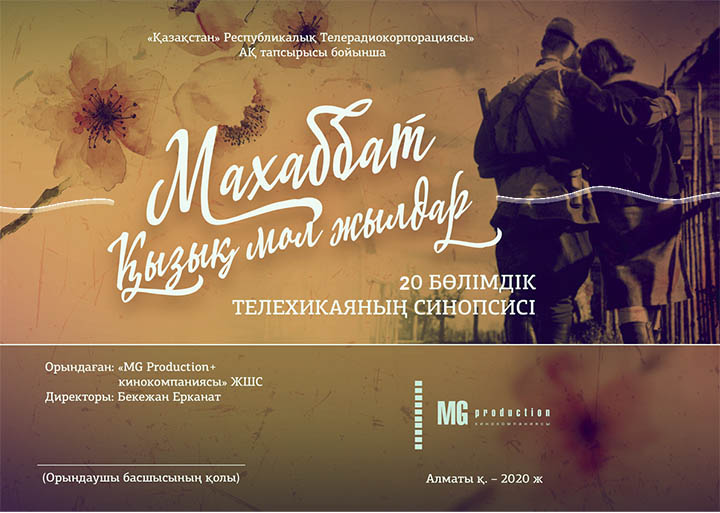 The film is based on the famous work by A. Nurshaikov «Years of joy and love.» Appealing to the novel structure of modern Kazakh cinema is not accidental. The film is of a romantic genre and at the same time heroic and patriotic, because the story tells of how the protagonist Yerbol passes through the Great Patriotic War.
The screenplay is based on principle of flashbacks - the post-war life and university studies at the Faculty of Journalism of the hero, who all the time recalls the memories of war. This story is built on clear obscure where the brutality of war exposes feelings, actions, and shows us the harsh truth about human nature. In the meantime temporary transitions to a peace time, time of atonement and memories, a time when life returns and love with hope newly bornin the hearts.