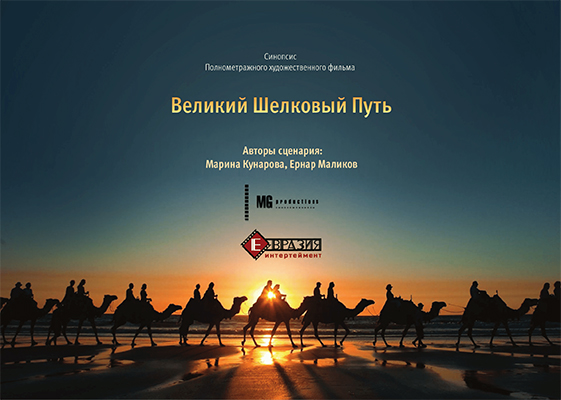 The story is about the events that taken place in 121 BC, Il century of BC, an epoch of Chegandinsk culture. Sogdian language is the language spoken in the territories of the Great Silk Road. The film is in the genre of peplum.
There’re fictional characters in the film, through their lives we show a big picture, recreating the era of that time, showing the places where was located the Great Silk Road, different countries, nations, customs and traditions. The film is a journey into the past over the Great Silk Road from the point of view of the protagonist, a young hunter ofthe ancient land, who overcomes various obstacles, gets to China and returns to his native land.
The name of trade roads - Great Silk Road was given much later than this period of time. The film acts for the understanding of a wide audience of the importance of this road for trade, development, culture and technology exchange, etc.