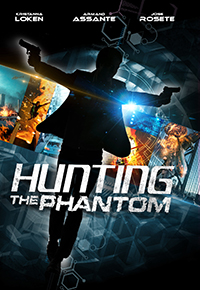 The action takes place in the near future. The great invention of a global corporation, code-named «Phantom», ensures the crime eradication and security in the world.
But this is only a visible side of the «Phantom»: the corporation’s sinister plan is hidden in establishing total control over the people’s mind. Their aim is to change the march of history, to turn society into obedient puppets who will never know that their mind is undercontrol.
The «Phantom» gradually breaks people’s lives, but nobody can understand what’s happening as long as the «Phantom» destroys the life of two lovers - Timur and Kiera. She is charged with murder, and he must break the law to save her life.
An American criminal — hacker Zack - unexpectedly helps him to find the truth and uncover the conspiracy of a global corporation.
The «Phantom» has destroyed everything Zack believed in. Those whom he loved betrayed him, and whom he hated became his friend. And now they are together to save the world from the madness. However, are they protected from the madness themselves?