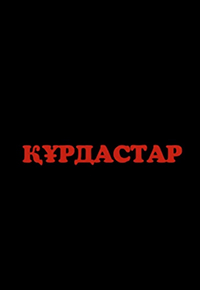 The TV serial is about friendly Kazakh family that is quite normal.
All the time happens funny, sometimes awkward situations, little disputes, but always ends well. Each series carries an instructive moment about the most important values, which are love, family and friendship.
Everything starts when a wealthy businessman, named Marlen, occurring in a difficult situation gets forced to leave his home to Kuanysh Baypakov and his family for five years.
Kuanysh and Marlen are familiar since school days. They grew up in the same village and from the first grade had been always together.
The first series describes the former classmates’ meeting to celebrate the 2oth anniversary of graduation. The meeting is organized by Marlen. But no one knowsthat the businessman sells to bandits a rare picture, which occurred to be a fake one, and receives money for that. The bandits try to catch Marlen on the classmates meeting. In order to worm out of the situation Marlen decides to put the blame on Kuanysh. As a result, everything happens quite the opposite: Kuanysh, who this day has remained without an apartment, gets the big house, and Marlen for his previous frauds gets into jail together with the bandits. So, Kuanyshwith his family settles in the big house...